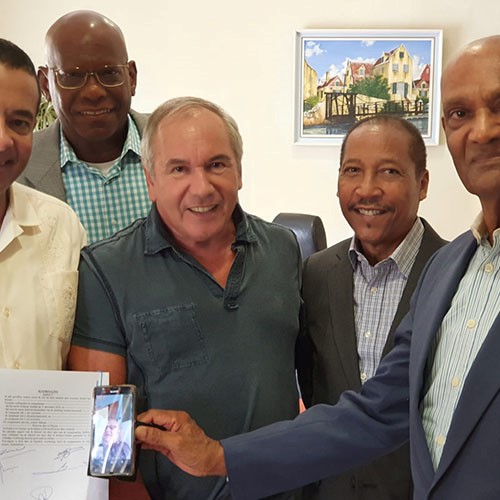 The Friends of the Caribbean Health Promoters

june 19, 2020 the Friends of the Caribbean Health Promoters Foundation was official.

In April 2019, this endeavor was already announced during the 50th anniversary of Harold’s work in Africa at Kasteel de Wittenburg in Wassenaar.

It was also there that the well-known Antillean singer Lou Prince was already proclaimed as the Goodwill Ambassador of the Health Promoters Caribbean Foundation.

From his wheelchair in the rehabilitation center De Vier Ambachten in Spijkenisse, Harold Robles drew the last authorization that was needed.

Many thanks to the special friends in the Dutch Antilles for creating this foundation under the leadership of Abdoel Harris.

The founders are convinced that “Life Changing Health Education” is indeed the answer to get rid of basic diseases through education.