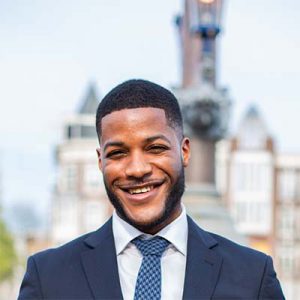 Health Education in the Netherlands Dr. Efraim Hart, doctor at the OLVG Hospital in Amsterdam, also intends to provide health education in The Netherlands, together with several gynecologists, and in collaboration with Health Promoters in the Netherlands. In autumn, the first Saturday of October, there will be an official kick-off for these workshops, depending on what happens with the Pandemic situation.

Efraim met Harold Robles in 2019 and they talked about joining forces. Ever since, Efraim feels connected to the Health Promoters. In addition to being a special advisor to the organization, he has recently become a board member of the Friends of Health Promoters in The Netherlands. “It is important that we educate to prevent diseases everywhere in the world, yes, even in a country like the Netherlands, because as Harold once said, health education is a human right. We will be adhering to the same model of knowledge creation and provision as our mother organization in South Africa, but in The Netherlands, we will adapt the course to suit local specifications. It is important to note that over here, we have identified distressing cases of women who are struggling with health issues and not knowing what to do; or are so ashamed of their situation that they may end up not consulting a doctor. Health problems can be prevented if we create more awareness around it”.

The collaboration offers this group of gynecologists and the Health Promoters so much more. “By working together with the Health Promoters, we can achieve more and realize both ours and Harold’s dream, as doctors. This would help in expanding our reach to South Africa, where all this has its origin, and tis the base of the Health Promoters. This could also help us start health education programs in several locations around the world. There are plenty of large foundations and companies that find it important to support these kinds of projects if you are active in several places in the world, and that will be beneficial to all projects of the Health Promoters”.

You must have dreams
“My dream and goal are to put this on the map in The Netherlands as well, to sensitize the population, and to go further into the world. I think of the Caribbean and South America. Spreading the Health Promoters tentacles worldwide was a dream Harold himself never stopped sharing with everyone he met. I am very enthusiastic when I hear the plans that are currently being discussed with a company which truly believes that it is important to improve health education and well-being in the poorer communities of the world. The Board of the Friends of Health Promoters NL, the representatives of Health Promoters South Africa and the director of this company , are, as we speak, in conversation about working together. It would be great if we could join forces with this company. In addition, we are also looking at how we can approach foundations that are known to us, from our team of doctors, to submit our joint project and request financial support.

You will read more about this in the next newsletter.